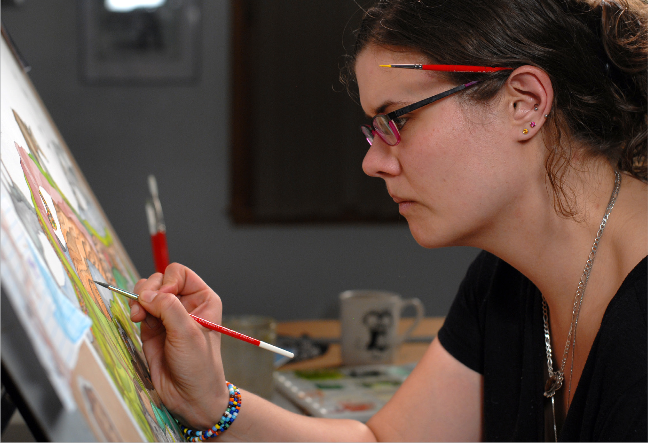 Jane Garrett Ryder was born and raised in the fine state of Illinois. In 2005 she received her BFA from Bradley University and went on to earn her MFA at Northern Illinois University four years later. In 2009 Ryder moved from Northern Illinois to South Central Iowa; where she can be found tromping through various muddy environments in search of fossils, arrowheads, and new artistic content. Her change from an urban environment to a rural setting has influenced her paintings in many significant ways. A deeper understanding of the interactions between man, animal, plant, dirt, water, and sun have affected the content and compositions of Ryder’s body of work.