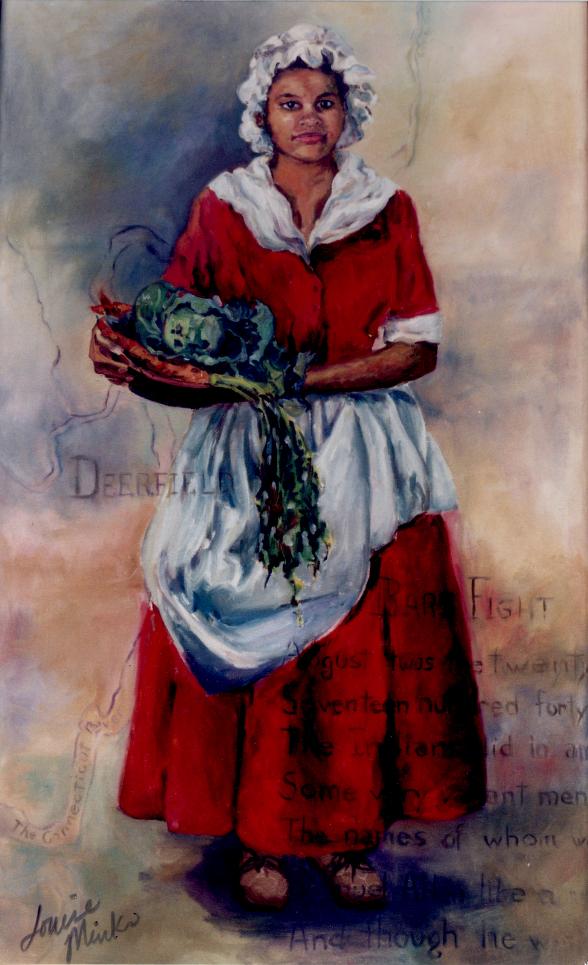 An oil painting of Lucy Terry Prince by Louise Minks

Lucy Terry Prince (1730 – 1821) was a Black orator, activist, mother, landowner and poet living in rural America during the height of slavery. She and her husband, Abijah, were one of the first landowners in Guilford, Vermont.

Lucy and Abijah met in the 1750’s in nearby Deerfield, Massachusetts, where Lucy was enslaved. Abijah, a successful freed man from Curaçao, bought Lucy’s freedom and married her, and in 1764 they settled in Guilford. Over the next 50 years, the Princes would raise six children, create a gathering space for local slaves and freedpeople, and defend their rights as landowners against the vicious efforts of certain racist neighbors.

By the end of the 18th century, Guilford was the most populous town in Vermont, and the Princes were one of its most prominent families. Their home was an embattled and unshakeable center of Black community, secured largely by the anomalous power of Lucy herself: A freed, literate, learned African woman in colonial New England; a writer and orator whose legal arguments swayed the Vermont Republic’s highest court, and whose poetry is recited still today.

The Prince family, and Lucy in particular, left an indelible mark on the history and identity of Vermont. Until recently, however, Lucy Terry Prince’s story—like so many stories of people of color in rural America—has gone largely untold. Thanks to the work of modern Black Vermonters, and to a growing movement for the reclamation and celebration of hidden and erased histories, Lucy’s voice and legacy of self-determination can be honored and shared. Mount Island’s own Shanta Lee Gander has worked to share Lucy’s story as part of the Brattleboro Words Project, conducting historical research and interviews with local Black community leaders. Learn more about Shanta’s work in her Ms. Magazine article.

We established the Lucy Terry Prince Prize to add to the new groundswell under Lucy, and to ensure that those living in her legacy—people of color living, creating, and bearing witness to troubled times in rural America—are also raised up with her story.

We encourage contest entrants to read Lucy’s only surviving poem, “Bars Fight,” which recounts the violent drama she witnessed on August 25, 1746, when Abenaki warriors raided the settlement of Deerfield, Massachusetts, for the last time.

Read “Bars Fight” on PBS.org, or watch a video of Shanta Lee Gander performing the poem in period costume for the Brattleboro Words Project. 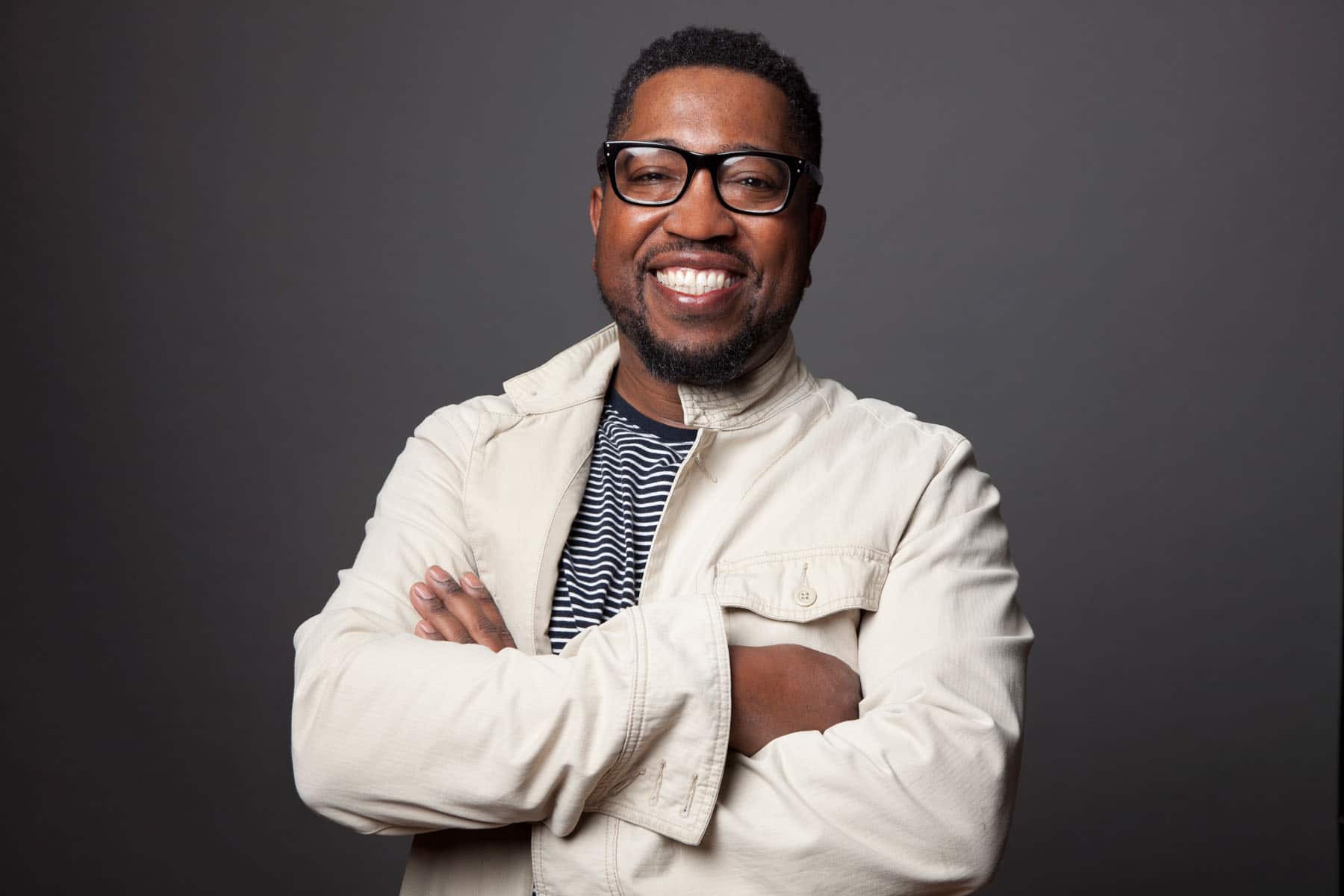 Major Jackson is the author of five books of poetry, including The Absurd Man (2020), Roll Deep (2015), Holding Company (2010), Hoops (2006) and Leaving Saturn (2002), which won the Cave Canem Poetry Prize for a first book of poems. His edited volumes include: Best American Poetry 2019, Renga for Obama, and Library of America’s Countee Cullen: Collected Poems. A recipient of fellowships from the Fine Arts Work Center in Provincetown, Guggenheim Foundation, National Endowment for the Arts, and the Radcliffe Institute for Advanced Study at Harvard University, Major Jackson has been awarded a Pushcart Prize, a Whiting Writers’ Award, and has been honored by the Pew Fellowship in the Arts and the Witter Bynner Foundation in conjunction with the Library of Congress

He has published poems and essays in American Poetry Review, Callaloo, The New Yorker, The New York Times Book Review, Paris Review, Ploughshares, Poetry, Tin House, and included in multiple volumes of Best American Poetry. Major Jackson lives in South Burlington, Vermont, where he is the Richard A. Dennis Professor of English and University Distinguished Professor at the University of Vermont. He serves as the Poetry Editor of The Harvard Review.

We abide by the Council of Literary Magazines & Presses’ contest Code of Ethics, which is as follows: CLMP’s community of independent literary publishers believe that ethical contests serve our shared goal: to connect writers and readers by publishing exceptional writing. Intent to act ethically, clarity of guidelines, and transparency of process form the foundation of an ethical contest. To that end, we agree (1) to conduct our contests as ethically as possible and to address any unethical behavior on the part of our readers, judges, or editors; (2) to provide clear and specific contest guidelines—defining conflict of interest for all parties involved; and (3) to make the mechanics of our selection process available to the public. This Code recognizes that different contest models produce different results, but that each model can be run ethically. We have adopted this Code to reinforce our integrity and dedication as a publishing community and to ensure that our contests contribute to a vibrant literary heritage.